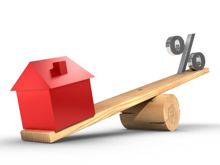 The NAHB/Wells Fargo HMI for April ticked upward by one point to a reading of 47 against the March revised reading of 46. Home builders surveyed expressed concerns about high home prices, a lack of available lots for development and a labor shortage. Some desirable markets have been held back due to low inventories of available and/or affordable homes.

Builders surveyed for the HMI were asked to rate three components used in compiling the monthly index; these include current market conditions, market conditions expected over the next six months, and buyer foot traffic in newly built homes. April’s readings were 51, 57 and 32 respectively.

Any reading above 50 indicates that more builders are confident about market conditions for newly-built single-family homes than not.

Housing Starts Pick Up After Winter Storms, But Fall Short Of Expectations

The March reading represented a 5.90 percent decrease from March 2013, and is consistent with concerns expressed by home builders surveyed for the NAHB HMI for April.

Higher home prices and mortgage rates along with inconsistent (but improving) labor markets were cited as reasons for builder pessimism, but analysts said that projects delayed by severe weather are expected to pick up in the coming months.

Last week’s average mortgage rates fell across the board according to Freddie Mac’s weekly Primary Mortgage Market Survey. The rate for a 30-year fixed rate mortgage fell by seven basis points to 4.27 percent. 15-year mortgages had an average rate of 3.33 percent as compared to the prior week’s reading of 3.38 percent. 5/1 adjustable rate mortgages had an average rate of 3.03 percent, down from 3.09 percent the previous week. Discount points were unchanged at 0.70, 0.60 and 0.50 percent respectively.

Federal Reserve Chair Janet Yellen struck a positive note in a speech given before the Economic Club of New York last Wednesday. She indicated that the Fed and many economists expect a return to full employment and stable prices by the end of 2016. Analysts characterized Yellen’s speech as upbeat on economic recovery and inflation, while “dovish” on monetary policy.

Ms. Yellen reiterated the Fed’s intention to monitor current and developing economic situations before making changes to its current monetary policy. She acknowledged that “twists and turns” in the economy could occur, and that Fed policy would shift as needed to address changes.

The Fed also released its Beige Book Report last Wednesday. This report indicated that the economy is recovering in most areas of the U.S. 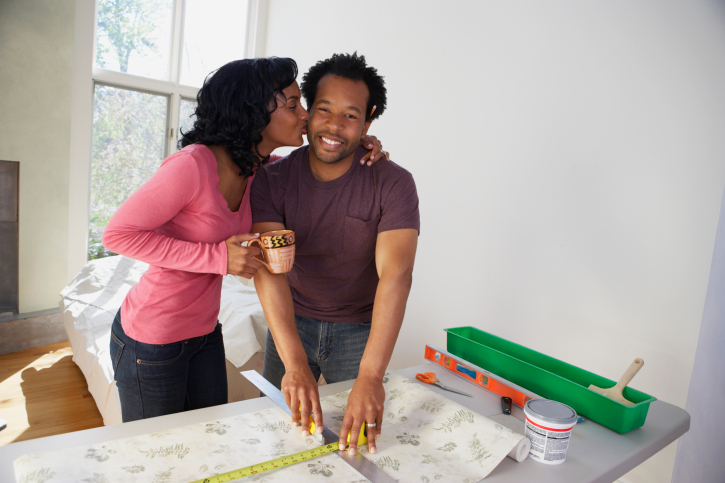 Though it can be an entirely different story for a trend shift in the opposite direction, which then requires you to get out the soaking bucket and scraping tool, wallpaper coming back into style is a home décor blessing for many.

Wallpaper is back in – in a big way! – and it’s making your dreams of accomplishing a fashionable living space come true much faster and easier than you could have imagined.

Quite frankly, wallpaper can do the “fashionable home” trick to virtually any room in your house, adding that touch of warmth and personality you’ve so far only seen in show homes. It’s time to get with the trends, and give your home a quick and easy facelift!

A World Of Design With Wallpaper

Let’s face it: wallpaper can achieve a world of options that paint simply never could! Now that wallpaper has come back in to style, we are seeing plenty of homes being “glammed” and “dolled” up accordingly.

With many patterns and styles available, suddenly your home’s imperfections can easily be hidden. You can give the small room in your home a facelift with a wallpaper pattern with vertical stripes, instantly making the room feel larger.

Or you can suddenly have the accent wall you’ve always dreamed of but have been to afraid to commit to, creating a focal point behind the bed in your master bedroom, or behind the sofa in the living room. Or if you’re an artsy person, you can add more art to your walls without lifting a nail – instead just install some patterned, decorative wallpaper.

Wallpaper is certainly back in style, but not without new and creative innovations since its last time around. Now, homeowners can get ultra creative and get personalized wallpapers for their homes with the technical innovation that allows for digitally printed wallpaper designs.

Do you have a specific wall or room in your house that you want to transform for a particular theme? Do you have a photograph that you’d like to use as the inspiration for a one-wall mural in your living room? Well, with customized digital printed wallpaper, you’re in luck.

Now that wallpaper is back in style, more innovations have been made in terms of how it is installed and removed. Luckily, for us wallpaper fans, we will no longer have to struggle when we choose to put it up or when we decide to take it down! Now there are many vinyl wallpapers that are self-adhesive and very simple to install.

They are also available in a range of textures and finishes, and make use of eco-solvent inks. Easy to install, easy to remove, and cleanable with simply a damp cloth, a vinyl wallpaper print might be just the key to your home’s quick and easy facelift.

Whether you opt for the vinyl or digitally printed innovation of wallpaper or choose to stick with the good old paper version, you’ll have your home beautified in no time. There’s no need to worry about changing trends either; regardless of what you choose, advancements in the modern return of wallpaper mean that less rigorous activity will be required should the wallpaper trend go back “out.”

So take advantage of this practical design trend, and give your home the facelift it deserves! And of course you can always contact your trusted real estate advisor for design tips or places where you can get your show home inspiration. 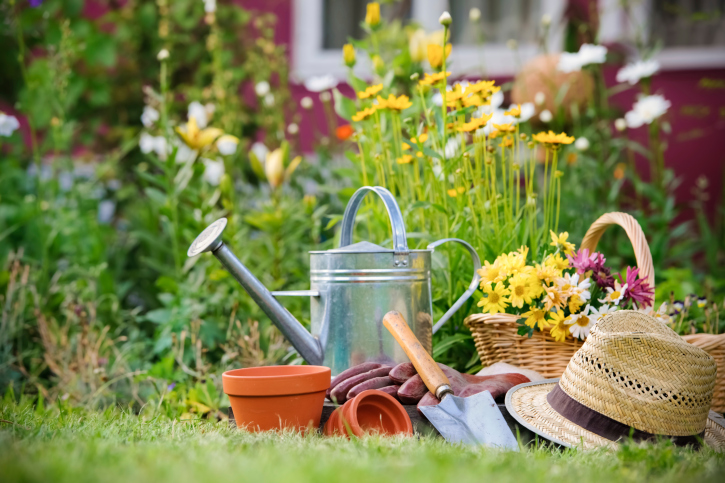 Spring has arrived! The flowers are blossoming, the greyness of the sky is clearing, and the air is warming. The best season to sell your home is here, and with the added natural light and blossoming colors, you can easily take advantage of the benefits of spring when it comes to selling your home.

Make sure to show it for all it’s worth, and follow these simple tips for staging your home in spring that will make your home the one listing that buyers can’t resist.

Nothing says spring like fresh-cut flowers. Bring the beauty of nature inside your home and brighten up your space with fresh flowers. You can get colorful tulips, lilies, and other flowers for use in your kitchen table centerpiece, as well as smaller arrangements for around the house.

There’s no reason why a bouquet can’t brighten up your master bedroom or entryway, either. Orchids also make for lovely decorative pieces, and are best for bathrooms or anywhere that’s suitable to a smaller flower.

Add that extra intrigue to your entryway with colorful flowers in hanging baskets, and tidy up your front garden with some new colors, all while making the prospective buyers much more enthusiastic about entering your home.

Get That Spring Feel With A Light And Airy Home

To make the most of the spring season, make sure you use the added light and the warmth of the air. Open up the windows and lift all the blinds in your home, and consider scheduling showing times during the time of day when the sun shines brightest.

Decorative Colors: Brighten Up Your Home

You can also further take advantage with the colors of spring by adding pops of color to your living room, dining room, and kitchen. Consider hanging colorful drapes or adding a decorative throw and couch pillows.

Some new and inexpensive artwork for the walls can also be an inventive way to bring color into your home, while creating a warm and inviting space that the buyer will love.

Just because you’re selling your house this year, doesn’t mean you get to excuse yourself from spring cleaning. Actually, partaking in this annual event can be a great way to sell your home faster. A clean home tells buyers that you have taken great care of the property and helps them to envision themselves living in the space.

Get out the pressure washer and rid your front steps and driveway of the remnants of winter, clean out the gutters, and give the floors and bathrooms a scrub. Consider an early packing job, and box up your winter clothes to help create the appearance of well-organized and spacious closet space throughout the home.

Spring is a great season in which to sell your home. You can easily take advantage of the warmer weather and bright colors to make your house more attractive to potential buyers, which will help you sell faster and get a higher price.

With an airy, clean and flower-filled home that bursts with color, you’ll be able to persuade buyers that your home is the perfect place for them – and you’ll be glad you put in the extra effort. For more great advice about selling your home in the spring, or to list your home for sale, call your trusted real estate professional today. 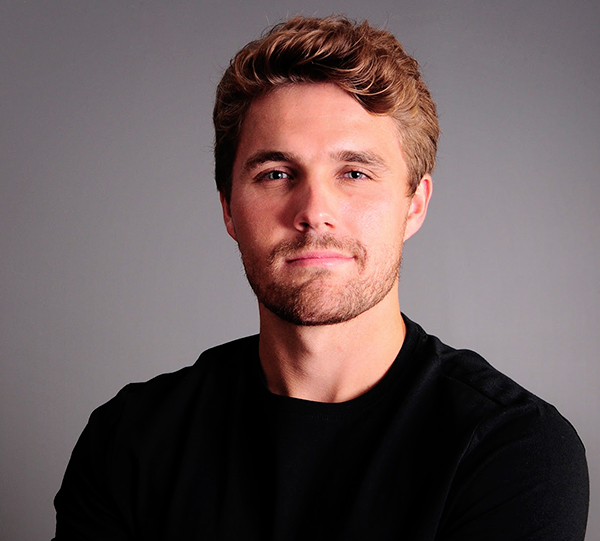